Vella is the sixth playable character released in the game. She is able to dual wield the same Twin Swords as Lann, but has a very different play style. While Lann is a more offensively focused character, Vella has both offensive and defensive perks resulting in her increased survivability as well as her area of effect attacks that can be rapidly chained together along with her ability to counter-attack.

Little is known of this dominant mistress of the blade sent from across the seas. She spent her childhood by the ocean, but the rest of her past is veiled in mystery. She slices through enemies with twin swords, swirling and gusting like a thunderstorm to decimate anything in her path, and even the strongest mercenaries struggle to match her expertise in combat. She won’t stop until every last Fomor has fallen.

Vella is a versatile character who mixes equal measures of offense and defense to deal damage and leap across the battlefield, escaping enemy attacks without a scratch. She wields either Twin Swords or Twin Chainblades.

Her Twin Sword attacks shred enemies to pieces with multiple hits and deal more damage the more she attacks thanks to Blade Heart. She can spin around her swords to cut multiple enemies, zip around them while slashing at the same time, or even leap up into the air and land with a powerful slash. Even while the enemy attacks, she is able to deliver a devastating counterattack. She's capable of attacking even as she retreats and can reflect enemy projectiles back at them in the process. When necessary, she can dodge with Storm Step, quickly moving a great distance out of the way and avoiding attacks with invulnerability frames. Vella's Active: Cyclone instantly knocks down any boss and deals a stunning number of slashes, culminating with a powerful thrust of the blades. Her ability to attack, evade, and counterattack is what makes Twin Sword Vella so devastating.

Her Twin Chainblades allow Vella to operate at a distance with a completely different set of attacks, generally granting her crowd control. In addition to viciously swinging her Twin Chainblades around, she can also pull enemies to her via Frost Jack, can target Break Off points with Active: Frostbite, and can even pin down bosses with Active: Glacier Terminus. Although her Twin Chainblade dodge (Glint) has half duration of invulnerability frames compared to Twin Sword's dodge (Storm Step), she can nonetheless continue her relentless assault after dodging thanks to Biting Cold. Twin Chainblades may have less versatility, but makes up for it with brutal assaults, long ranged attacks, and pinning down enemies and bosses. 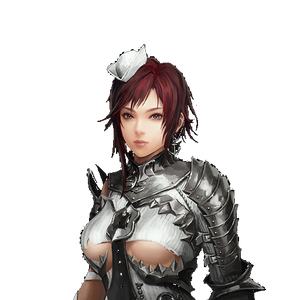 Kai and Vella's reunion was a pure coincidence.

In the past, they had only once joined forces against vampires to achieve their goals. Neither of them thought they would meet again.

When Vella once again met with Kai's cold and indifferent expression, Vella's got a new goal in her mind.

To bring that very man to his knees.