Tieve is the sole oracle in Colhen and is in charge of ancestral rituals, such as memorial rites and christenings. She helps Ernmass at the Inn when she’s not at the Temple.

Nobody knows where she came from or who her original parents were, but it was Ernmass who brought her into the village, which is why she usually treats Ernmass as her grandfather.

She has the gift of communicating with animals. It is also likely that she can transcend the language barrier and communicate with Fomors.

She is beautiful, kind, and beloved by everyone in the village. What’s even more rare is that she’s always putting herself into the position of others to understand their feelings. This usually leads to cases when she becomes emotionally overburdened by misfortunes of other people that go far beyond feelings of sorrow.

She sees the good in everyone and everything. Tieve has been waiting to hear the voice of the goddess, but so far has heard only silence. This worries her greatly and sometimes makes her wonder if she’s really an oracle at all.

In the path to Rocheste, there is a Temple not far from Colhen. Tieve occasionally comes to that area to worship the goddess.

Spoiler: (Episode 6) Prior to the events of Colhen in Flames, Clodagh was kidnapped. It was shortly revealed that Warlord Black Hammer was assigned to kidnap the oracle, Tieve, but stole her friend by accident, upsetting Shakarr. In the aftermath, Shakarr says that they will never know who will be victorious as the Fomorians failed to capture the oracle.
Spoiler: (Episode 9) Naveen reveals that Tieve is the true prophesied oracle of Morrighan for her body and soul are slowly being transferred to Erinn. She fades and sleeps uncontrollably for this reason.
Spoiler: (Episode 10) As the event continues to unfold and the fight to break the "Seal of the Fomorian God" continues, Tieve is brought closer and closer to fulfilling her "destiny". As Keaghan confronts the dragon Elchulus in a bid to save Tieve from her fate, Morrighan begins to awaken from her. When Keaghan begins to fall into his destiny as the reborn Fomor God Cichol, Tieve becomes Morrighan and thus completes Chapter 1 of Vindictus. Ironically, Keaghan is now set to destroy Erinn in order to save Tieve yet Tieve is now Morrighan who is charged to protect Erinn. 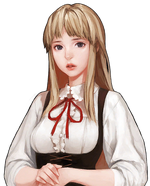 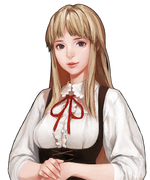 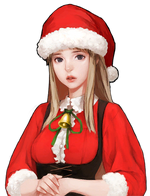 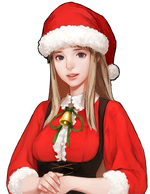 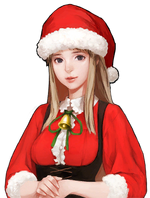 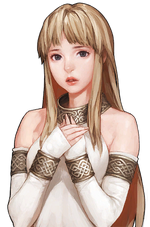 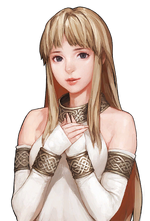