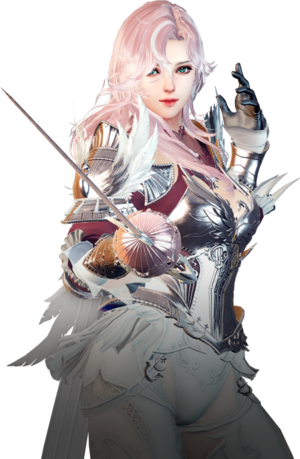 Tessa is the 18th playable character of Vindictus. Scheduled for release in KR in December 10th, 2020.

A headhunter, whose weapon of choice is a Rapier. Based on the trailer, it's likely to be a magical weapon, capable of inflicting wide array of damage in what it looks like a single strike. 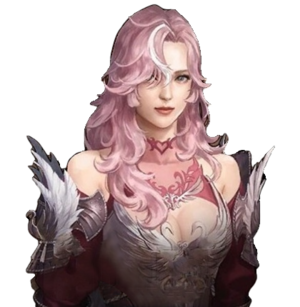 The ones left behind.

The Headhunter and the Solver, wandering through the darkness of the city, met in a small bar. They're chasing the people they hold dear, each for their own reasons. Despite them having completely different purposes, the two understand each other's hearts. After a brief meeting, the Headhunter decided to follow the in the Solver's footsteps.

If I become friends with him, it will be of great help to me. Also. Because that face full of indifference strangely resembles the past lover.