A magician adept in manipulating phantom energy. He left his old world to escape a turbulent past. He controls a swarm of Phantom Daggers that allows him to switch between melee and ranged combat on the fly. He also wields phantom magic to attack enemies and support allies. 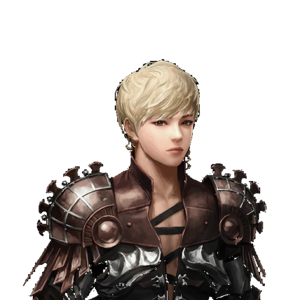 Sylas and Belle often quarreled with each other ever since they've first met.

Belle thought Sylas was a child, while Sylas thought Belle was a child.

But as time went past, the two gradually learned the secrets they've been keeping hidden from each other.

Sylas possessed the Phantom Magic and Belle could no longer age.

They uncover each other's pain hidden behind their childlike attitudes.