In order to mine, one must possess Mine Bombs. Mine Bombs can be purchased from Marrec at the Mercenary Outpost or crafted by Ferghus at The Forge.

Mining is an effective way to collect ore, such as Iron Ore. These ores are used in many recipes, especially those crafted by Ferghus. Also, mining can help to complete bonus missions in some battles, like Southern Rock Cliff.

There are three Titles that can be earned by mining: Iron Ore Miner, Silver Ore Miner, and Gold Ore Miner.

Minerals that can be earned by mining:

To mine ore, first look for an ore deposit. They look like a cluster of crystals as shown below: 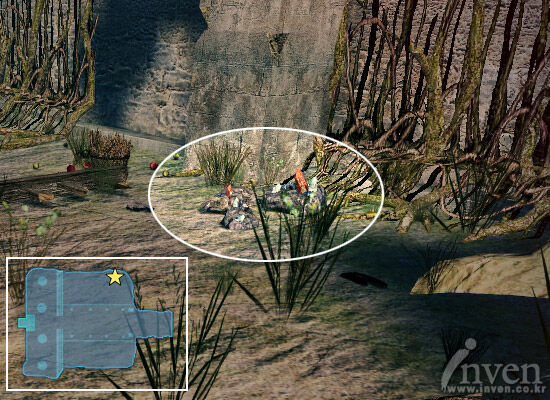 After finding the ore deposit, throw the Mine Bomb so that it lands nearby, as depicted below: 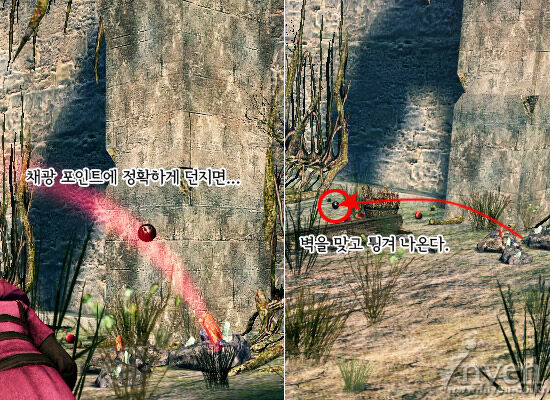 Once the Mine Bomb blows up the ore deposit, the ore can be picked up: 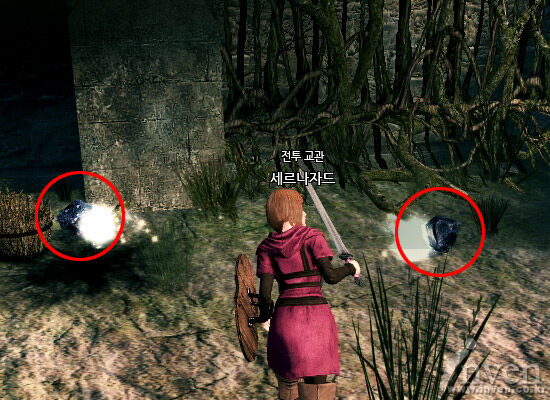 The ore will be assigned to a random player in the party.

Obtaining Ores (with Mine Bombs)