"I have nothing to say."


A mysterious man with an unknown identity. Not only does he refuse to give anyone the time of day, but dressed in his gray cloak, it is difficult to even get a glimpse of the kind of man he is.

While he is a man of mystery, his name is revealed in The Mysterious Man: Nyle.

Spoiler: (Episode 3) After the Goblin issue found in Ainle, Nyle's actions become very suspicious, going all around Colhen. Eventually, he sends the player to do some tasks in Ainle to earn his trust.
He reveals that he is in partnership with Brynn and Gallagher. He also states the Giant White Spider, Wenshardt, was in fact their spider who intended to protect Tieve, the oracle. Because the spider was killed, he believes the player was an enemy to the oracle, as he claims someone is trying to kill her.
This character soon reveals himself as a member of the Silent Brotherhood and the Black Citadel, who protects and honors the Goddess Morrighan. The Silent Brotherhood, also known as the Dark Brotherhood or the Eight Swords, is an unknown guild that is said to protect and honor Morrighan. According to Nyle, the Brotherhood's "head" is on the line for the Pointiff's Court. The reason why they are called the "Eight Swords" is because they host only eight members.
Spoiler: (Episode 4) Nyle says that the Silent Brotherhood had been allies with Spiders for centuries, in where the Spiders fought alongside Humans and in turn the Humans defended Spider nests.
However, from investigating Hidden and Nightmare at the Ruins, it is revealed that one of the members, Nauches, was killed by a Giant Spider. Both the Giant Spiders and Thorn Laghodessa are extremely hostile to humans, for reasons unknown.
Spoiler: (The Pact) As the player is trying to find the cure for Tieve's uncontrollable sleeping, Jarlath tips that the Silent Brotherhood managed to be able to cure the oracle. The player is then tasked to become a member of the Silent Brotherhood. At first, Nyle refuses, but Brynn convinces him to.
Nyle explains that the Brotherhood hosts astonishing powers, however the Brotherhood cannot easily entrust this to a simpleton. He then leaves to inform another member about the situation, leaving Gallagher in his stead while testing the player. Gallagher also mentions that the Silent Brotherhood's choices are made as a whole rather than an individual.
After Gallagher tasks the player in Holy Ground, Nyle appears and claims Gallagher had disobeyed the orders of the Brotherhood, and on his command, to kill Gallagher. The player is then left with a choice: Spare him to become a Paladin, or Kill him to become a Dark Knight.
If the player chooses spare, Nyle will say their path may lie within their choices, or perhaps the Paladin's Diary.
If the player chooses to kill, Gallagher reminds them that the decisions of the Brotherhood are made as a whole and Nyle said my command; they were obviously testing the player this whole time. Nyle then explains that the Dark Knight does not have a self; everything they do will be for their Goddess.
Spoiler: (Episode 5) Nyle leaves the Magic Laboratory briefly when Torrin comes to check on Brynn's health. This is because he is a member of the Pontiff's Court, and Nyle explains in Episodes 3 and 9 that the Pontiff's Court demands the death of the Silent Brotherhood.
Spoiler: (The Rumors and the Memory) After the encounter with The Weeping Spider Queen, Nyle claims that she honors, mourns, and comforts her children, especially Wenshardt who was buried in Ainle. This suggests that the Spider Queen wants vengeance on Humanity, probably leading to their alliance with the Fomorians and becoming enemies to Humans.
Nyle also says that even after defeating the Spider Queen, she will eventually return.
Spoiler: (Episode 8) After Glas Ghaibhleann is defeated and Gwynn dies, Nyle appears from a puff of black smoke. He then teleports Keaghan and the player away from the scene.
Spoiler: (Episode 9) Nyle reveals himself to Keaghan and explains that the Pontiff's Court demands his execution for he had learned too much of their plans. 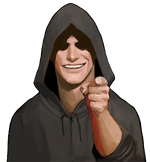