Lynn is a young female mercenary said to be a princess descended from a long lost kingdom.

Despite her very young appearance, Lynn is a forced to be reckoned with; she is extremely agile, versatile, and powerful. She has many skills that bolster her evasiveness, all while returning large amounts of damage.

Armed with a Glaive, Lynn's offensiveness focuses on relatively fast or delayed but more powerful smash attacks while applying Swift Assassin marks. Though incapable of grabbing, she can use her grab attack Five Finger Death to release those marks to rack up even more damage while stunning the enemy and regenerating stamina with maxed mark stacks. Though lacking boss control, she also has a wide array of highly damaging Active skills. For her evasiveness, Lynn can quickly flip out of harm's way using Thunderleg or leap back a far distance with Little Rat and then teleport behind her enemy to resume her onslaught.

Glaive Lynn is an overall very hard character to play and master, she required precise control and timing to land her smashes while stacking gold notes. The reward is very high burst damage and DPS.

Battleshades is Lynn 2nd weapons, combining extremely good defense with a strong offense. This weapon use a new resource called Qi to buff her next attack with increased power or to restore health and stamina. Battleshades gave Lynn the best dodge move in the game, with long i-frame, and can be used to cancel out of attack, generate Qi, and follow up with a Qi infused attack, that alongside with Qi lifesteal (with no cooldown or restriction) make Lynn one of the best defensive character in the game, she can keep staying alive in battle where healing are limited, like Redeemer. Fight and Flight and Bloom Crush will be her main attack for most playstyle. Fight and Flight move Lynn backward during the attack, but if she's moving backward toward the target it can deal lots of damage (it can be achieved by simply holding the back key during the attack), this unorthodox type of movement, along with having to press another key to Qi buffed the attack can be quite difficult to any new comer, same for her Active: Soaring Ballet, which also require her to hold the back key to move forward.

On the downside, many Battleshade attacks won't be as good against smaller target. Fight and Flight suffer from hit-stop effect (slow down attack when weapons is making contact with bosses ) and a long recovery time (even if she try to cancel out with her dodge) leaving her vulnerable. She also heavily relies on SP to use her dodge move, and keeping 1 or both of her buff skills up at all time, She also lack a defensive SP skill to dodge red attack, and her SP attack skill don't have strong burst like some of the other char, but they do have very short cooldown.

A battleshade player had to constantly keeping the offense going to generate enough SP to keep Lynn going, the Mysterious Cat Statue artifact can be very helpful (if not crucial) for most players. And the fact that she had to spend time to wind-up every attack she made to Qi infused them (even for SP attack) can lower her DPS significantly in battle, so a higher attack speed as well as high critical stat is important. More experienced players can find the Greater Werewolf Paw a more useful artifact, as it give a significant boost to her DPS, by speeding up her Soaring Ballet animation and wind up attack for a faster Qi strike.

Overall Battleshade Lynn is fairly easy to play once player get a hang of her unorthodox control, the reward for playing this weapon is a spectacular performance for any onlookers, an untouchable dancer doing acrobatic leap around the battlefield., quickly strike, only to slip away again before the enemy can react. 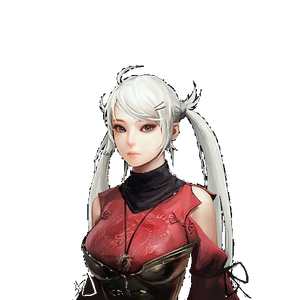