Lann (Lethita in the Korean version) hails from the northwest. He left his hometown when it was destroyed by Fomors and came to Colhen to join the Crimson Blade mercenaries. He is known for his ferocity in battle dual-wielding swords and spears. His attacks are quick and leave his enemies breathless because of his non-stop whirlwind of slashes.

Lann is an agile melee combatant who must stay in close range to reach his full potential. To stay alive in melee range, Lann must utilize the subtle but crucial movements in his attacks and well-timed dashes to avoid injuries. When Lann finds a chance to strike, he unleashes his blades with the most effective combo that he can fit into the window of opportunity. Unique to Lann is the ability to extend his critical cap, which along with his ability to increase his critical chance and/or damage gives Lann the strongest critical hits out of all characters.

When wielding the Twin Swords, Lann can Slip Dash and Nimble Dash out of incoming attacks easily, then quickly counterattack with Double Crescent. By utilizing buffs from Thousand Needles and Risky Wind, he has easier access to the empowered versions of Gliding Fury and Lightning Fury to cut down his foes. However, almost all of Sword's attacks come out very slowly and are coupled with long Hit Drag.

When wielding the Twin Spears, Lann relies on smart positioning, Spear Dash and Lightning Fury: Twin Spears to stay alive, but this evasion is much more difficult to pull off compared to Slip/Nimble Dash. Spears have strong offensive capabilities, with Fury Infusion providing him a valuable offensive buff and fueling his ferocity without end, but drains his health in the process (albeit regeneratable). Belclaire's Blood Pact effect increases damage output but also make Lann take more damage. Overall, Spears are a high risk gameplay that puts Lann in a vulnerable position, but offers high damage capability if mastered.

Despite being an original starting character, Lann is a very difficult character to master because of his relatively short-range attacks with longer animation recovery and suffering more from Hit Drag than newer characters. To reach Lann's full potential, the player must be able to stick to the boss while safely dodging all of its attacks. On the flip-side, Lann's SP abilities are relatively simple so the player can fully focus on synchronizing with the boss' movements without paying too much attention to cooldowns and GUI bars. 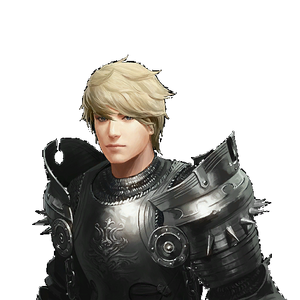