For the enemy, see Keaghan (Boss).

'Keaghan is the supreme commander of the Royal Army, one of the youngest commanders in the Kingdom. Rumor has it no one in the entire kingdom can beat him in a sword fight. He is originally from Colhen, but not much else is known about him.

Because of his unprecedented strength, Keaghan got directly promoted to the rank of commander of the Royal Army without the need to graduate from the Royal Academy.

A childhood friend of Clodagh, Tieve, and Marrec. Keaghan grew up in the town of Colhen, and became a Royal Cadet of Rocheste, bringing out much jealousy from Marrec. Keaghan had much success in his days as a Cadet, and was promoted to a higher status.

He has a rather straightforward personality combined with superb commanding skills that don’t match his actual age. Those who have seen him, say that although he is the high-ranking Royal Army soldier, he has never shown even a sign of faith. Nevertheless, Keaghan cares deeply for his companions.

Keaghan owns a dragon named Tarasque, who roosts on top of one of Rocheste's towers. According to Aodhan, Keaghan is the sole "Dragon Rider", a term defined to a human who is capable of taming and mounting a dragon.

Spoiler: (Episode 8) After defeating Glas Ghaibhleann, he, Gwynn, and the Royal Army Captain exit the Catacombs, learning that the Pontiff's Court was behind the destruction of Ainle all along. He spots Riordan and his soldiers (while Gwynn and the Captain hide behind some boulders). Riordan informs him that he has been promoted to High Commander while Keaghan is stripped of his rank, labeled as a heretic. He then orders his soldiers to attack, but Gwynn comes out of hiding and pushes Keaghan out of the way, sacrificing her life. Shortly afterward, a black smoke appears and lands beside Keaghan, revealing to be Nyle. The Silent Brotherhood Dark Knight quickly teleports himself, Keaghan, and the ex-Captain back to Colhen.
Since this incident, both Keaghan and the Rookie are now labeled as fugitives.

Spoiler: (Episode 9) After becoming a fugitives, Keaghan and the rookie are back to Colhen. And they learned the Tieve is the true prophesized oracle and part of her is slowly descending to Erinn, which will end her life, so Keaghan decides to descend Erinn to the world to save Tieve.

Spoiler: (Episode 10) Last Boss of Vindictus Chapter 1. He is a victim of the chain of events leading up to the rebirth of Morrighan into Erinn. His fall from grace is the fact that he is willing to do anything to keep Tieve in this world, leading to him falling into his own inner darkness. As a fault of that, he becomes the vessel to Cichol, the antithesis to Tieve becoming Morrighan. 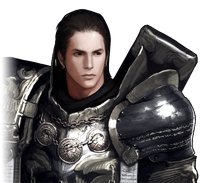 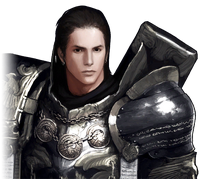