The Evil Core is an object dropped by enemies at random and can be activated by pressing E (Mouse control) or W (Keyboard control). This object will contain a item that may be exclusive to the dungeon. Level bosses drop three Evil Cores on normal mode, four Evil Cores on hard mode and five Evil Cores on hero mode. Sub bosses tend to drop only one Evil Core regardless of the difficulty, but there are exceptions. For example, Bryialne drops three Evil Cores on any difficulty whereas King Icedredge always drops one Evil Core on any difficulty. Some bosses also stray from the 3/4/5 core rule, usually only if there are multiple bosses at once. Source of the Rumor does this, as there are three bosses at once. They drop 1 core on normal mode, 2 on hard mode and 3 on hero mode.

Break-offs from bosses may appear as Evil Cores, and are usually only claimable once the boss has been killed; until then, the core appears as a gray bar with a ? logo. There are a few exceptions to this, like Colru the Golem's four sub boss break offs which are claimable right away. Some boss break offs do not drop any Evil Cores and do not grant any items, such as The Emperor's head break or Siglint's four break offs. 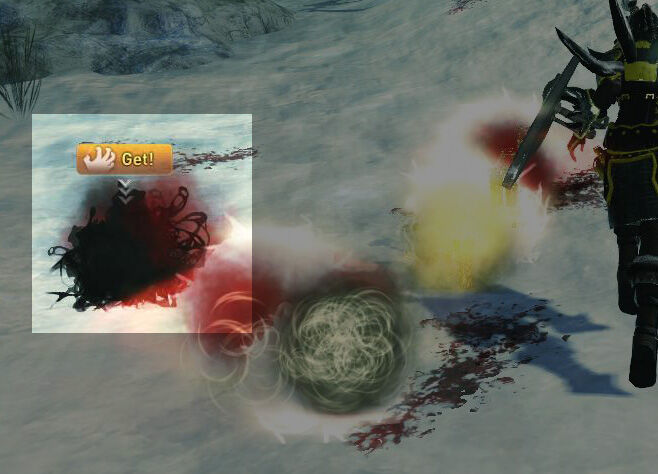 Evil Cores are propelled from the body of a monster, and may sometimes land on ledges or other out of reach areas. If the 'Finish' appears far underground and is unable to be hit, pick up an object and throw it at the body instead. This will force the 'Finish' to appear back on the body so the Evil Core can be claimed. Some character skills can propel Evil Cores out of the map, such as Fiona's Butterfly Swing.

Sometimes the Evil Core may drop as white and not black, the white core is an additional drop from having extra Luck. A red Evil Core is an additional drop from having a VIP Capsule (30 days). These cores are specialized to a single person, and cannot be claimed by someone else. You can tell who can claim the core by pressing Alt; the name will appear above the core in question.

For all Season 1 boss battles, Season 2 story battles and Season 2 raid battles, all evil cores will automatically be collected including break-off items when the results screen appears. Only the boss's items are collected; ordinary monster drops must still be picked up manually. Exploration Season 2 battles' boss cores will also automatically loot when ending the battle.