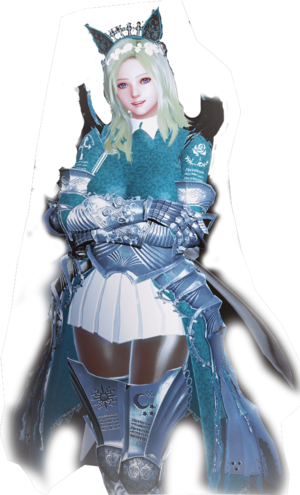 In conclusion, Delia is a difficult character to play, and is not recommended for new or inexperienced players. She requires some investment in gear to get decent speed and defense to be more efficient in battle. 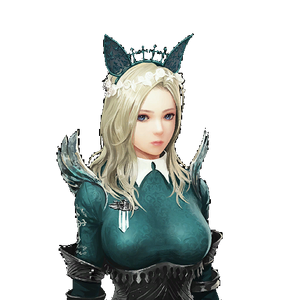 Leaving behind the life at the palace of her kingdom, Delia arrived at the Giant's village in Kaiman Forest, where she learned the Giant's way of fighting. She met Karok in Colhen's Mercenary Office shortly after.

Karok recognizes Delia as his "friend" and considers her to be cute. Delia also recognizes him as an excellent warrior and they became close.

Except for the moments when she's called "friend".

Kael's and Delia's kingdoms are geographically contiguous neighbors. Kael, who was renowned in his own kingdom at that time as the knight, was once mentioined as the sole candidate for the hand of Queen Delia.

After various twists and turns, the two met in Colhen as mercenaries, not being held back by their statuses of a royalty and a noble. Surprised by each other's bold moves, Kael and Delia became friends rather quickly, sharing their own beliefs with one another.