A headstrong battle witch adept in both blades and spells. Her history is unknown. She wields her eponymous Spellsword in her right hand, while using a magical Focus in her left to cast spells. This combination makes her extremely versatile, but difficult to control. Recommended for players who have action game experience.

Arisha heavily relies on Intelligence to increase her swordsmanship and magic attacks. Her most defining characteristic is the addition of a blue mana bar beneath her SP bar. Arisha is a heavily skill reliant character, and in the hands of an experience player, has the potential to compete with the likes of Lann and Hurk in terms of DPS. With a vast array of invulnerability frames, dodges and blocks, Arisha has no need to ever retreat from the fray. Able to constantly stay right in the action, the Silver Witch is an engaging and rewarding character in every aspect.

Arisha is unique, in that she has no smash combination attacks; instead she has a five hit 'normal' combo, with her fourth and fifth strikes counting as smash attacks. The Mana Crystal she throws with the smash key acts as an extension of her arsenal, and is used for long range attacks, large explosions and area of effects, or allowing Arisha to trade places with it; the Mana Crystal can also be thrown out simultaneously while she is in the middle of an attack combo. She can also enchant her sword with Mana Blade, replacing her normal attacks with Arcane Flurry, a six string combo of frenzied smashes. The Silver Witch's survivability consists of her dodge, Diffusion Shift, which is a straight dash with small invulnerability frames, Diffusion Warp, which allows Arisha to trade places with her Mana Crystal and deal damage in the line created between it and her, Mana Drain, which blocks incoming attacks similar to Fiona's Guard, and Active: Ruin Blade, which, when activated successfully, gives her a decent duration of invulnerability frames. Finally, Arisha is capable of controlling time and space, completely stopping the enemy and allowing her allies to deal damage uncontested with Temporal Shift.

With her alternate Spellwhips equipped her attacks become a bit lighter in damage but much further range and distinctly different combos; standard attack combos can build up a stacking Breathless Rush buff that increases the damage of subsequent attacks, and she can also launch into a continuous stationary whip combo Stringendo Strike that can be spammed for as long as she has Stamina or until she gets hit and staggered. 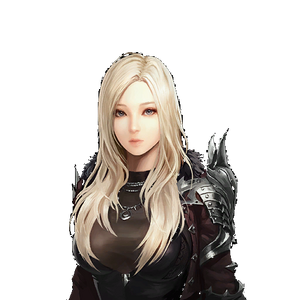 Arisha and Eira are sisters, sharing the powers of Time and Space derived from the heretic god.

After years of being separated due to unfortunate events happened during their childhood, the sisters have finally reunited in Colhen's Mercenary corps. But unlike Eira, who has always missed her sister, Arisha has lost her memory and doesn't remember her only sister.

Nevertheless, Arisha is vaguely feeling that she shouldn't give up on her. A strong link formed between the two.